For College Recruiting, Let’s Go to the Video, but Without the Tape

A couple of hundred fans were on hand in Weston, Fla., in 2006 to see April Carson break the Tequesta Trace Middle School record for 3-pointers in a game. But her father posted an Internet video of the performance, which has been viewed more than 11,000 times by people who have joined that small crowd in watching April sink seven 3-pointers.

Among the expanded audience were representatives of women’s college basketball programs across the country. Baylor, Clemson, Princeton and Yale have sent recruiting questionnaires and e-mail messages to April’s family. Now a 15-year-old high school sophomore, April is among a growing group of young athletes to benefit from the growing influence of Internet video on sports.

“Originally, I just wanted to make a highlight reel as a keepsake,” said Billy Carson, April’s her father and A.A.U. coach. But after his homemade highlights of April drew a following, Billy Carson changed his approach. He and his daughter sent YouTube links of their videos via e-mail messages to college programs.

“You have to be aggressive and seek out colleges that you are interested in, especially today,” Billy Carson said. For their part, recruiters use the Web to find prospects they might otherwise have missed, without leaving their desks. Players, coaches and athletes have long sent videotapes to recruiters, but online highlights have added ease and immediacy to the process and helped lower the age at which recruiting begins.

Chris Gobrecht, the Yale women’s basketball coach, said it was now common for coaches to receive e-mail messages with video links. Recruiting rules prohibited Gobrecht from commenting specifically on Carson. But she described online highlights as “a good place to start” in scouting talent. “The problem is that you can’t see well or judge if someone will truly help your team from just a video,” Gobrecht said. April’s teammate Jasmine Bradley also posted highlights on the Web in her search of a college offer. It worked, and she will attend Rollins College on a scholarship next year. Jashaun Agosto, a 4-foot-9 11-year-old aspiring basketball player from the Seattle area, began competing on the A.A.U. circuit at an early age. After going to nationals as a fourth grader, he became inspired by the talent around him, so he vowed to work harder. When he returned home, he surfed the Internet for clips of workouts by N.B.A. players and copied what he saw. Seeing a YouTube video of the 10-year-old dribbling phenom Garrett Anderson prompted Jashaun to ask his father, Julio, to make a video of him. Jashaun’s daily four-hour workout has since received almost a quarter-million views on YouTube. The clip spurred a local news station to do a special on Jashaun. “After we did the show for our local station, things began to blow up,” Julio Agosto said. Jashaun received calls from national television shows, including “Good Morning America” and “The Tonight Show.” Jashaun has also caught the eye of a handful of N.B.A. players, most notably the Knicks’ Jamal Crawford, who is from the Seattle area. Crawford has offered to sponsor an A.A.U. team headed by Jashaun and Julio. As impressive as he is on the hardwood, Jashaun also appears to be a budding star on the track. He placed second in the 1,500 meters and fourth in the 800 meters in July at the A.A.U. track and field national championships in Detroit. His performances are documented online.

Before his 11th birthday, Jashaun received a letter from U.C.L.A., and although theBruins said they could not formally recruit him until he reached 10th grade, the program can declare its interest. Jan Silva, a 6-year-old tennis prodigy from California, has benefited from his video highlights, which have received more than 300,000 views on YouTube. He caught the eye of the IMG agency at age 4, and later that year, Jan truly caught his first big break at the French Open.

There he and his father, Scott, met the pro player Marcos Baghdatis, who was astounded by the youngster’s talent. “Marcos flew us out to France and showed us around,” Scott Silva said. The Mouratoglou Tennis Academy, where Baghdatis trains, is based in France and offered Jan free training and housing. Jan now lives at the academy, as does his older brother.

“YouTube makes the world smaller,” Scott Silva said. “People all around the world know who Jan is.” On the positive side, he said, Jan’s celebrity helped him secure free elite training. But there is a downside: People sometimes post inappropriate comments online after watching the videos.

“They think that they can say whatever they want and hide behind their screen names,” Scott Silva said. “And the truth is that they can.” Still, that does not stop individuals and schools from posting videos. DeMatha Catholic High School, a football powerhouse in Hyattsville, Md., uses Web videos to help its athletes in recruiting. “It has really sped up the process and is an easy means of communication between player and coach or coach and coach,” DeMatha Coach Bill McGregor said. After a game, McGregor said, multiple Web sites post clips of his team. His players also upload their information and highlights to YouTube.

Despite the clear benefits, Marie Hardin, an associate professor of journalism at Penn State who teaches course on sports media, said people evaluating talent cannot substitute highlights for live recruiting. “Coaches need the chance to talk to a player,” Hardin said, “and see them play to accurately assess their talent.” 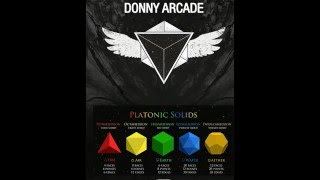 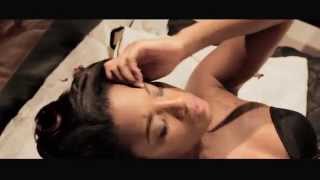